The Role of Infrastructure in a Pension Portfolio 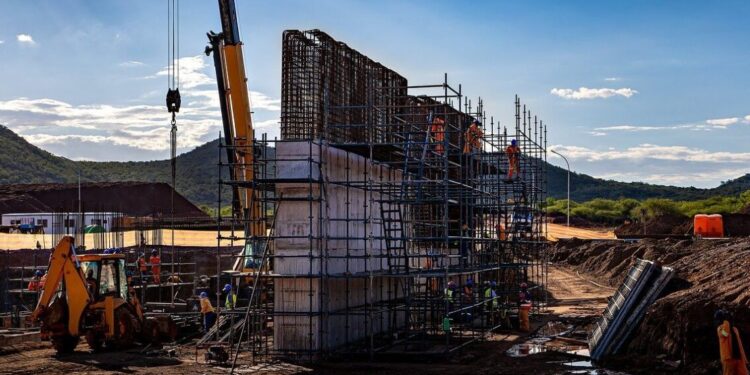 Pension schemes in Africa have generally invested in a conservative manner with government debt and listed equity forming the majority of portfolio allocation, perhaps diversified with direct property for the larger schemes. Therefore, the investments exhibit significant concentration and do not use the full range of asset
classes, both mainstream and alternative, where allowed by the regulator.

Additionally, pension schemes in Africa have had to (and most likely will continue to have to) grapple with high inflation. Another form of inflation that pension schemes will – thankfully – need to tackle is rising life expectancy.

Ultimately consideration of investment in an alternative asset class stems from recognition that the available listed assets do not give a fair representation of the GDP of a country. The fixed income available in African countries is overwhelmingly government (or other public entity) debt rather than corporate debt. And stock
markets show significant overweight relative to GDP to certain sectors, most notably financial.

Infrastructure is the basic physical systems of a business or nation: transportation, communication, sewage, water and electric systems are all examples of infrastructure. These systems tend to be high-cost investments and are vital to a country’s economic development and prosperity. Projects related to infrastructure improvements may be funded publicly, privately or through public-private partnerships.

Public-private partnerships, or PPP, are gaining traction across Africa as countries seek to balance their infrastructure desires without excessive debt. PPP projects often have requirements for part of the financing to be local currency and this is where a local institutional investor such as a pension scheme can actively participate. Today there is a favourable economic environment for providers of local capital to infrastructure. PPP provides a way for a pension scheme to lend to government in a targeting way (as opposed to the untargeted way that purchasing government debt represents) and gain from investing alongside other private sector investors.

Infrastructure can be accessed in a fixed income or equity manner, and for pension schemes it is the fixed income approach that is generally the more appropriate.

Such an investment provides:

An infrastructure investment can be win-win: pay higher pension to tomorrow’s pensioners and improve the environment in which they retire. However, there are aspects concerning infrastructure that require extra management:

All these aspects can be overcome and should not prevent serious consideration by pension schemes to the asset class of infrastructure. Kenyan pension schemes will be used as a topical case study to see how these challenges are being addressed to allow their first investment in a PPP project to be made. Moreover, development agencies such as the World Bank and the African Development Bank are spending substantial time and money to assist pension schemes who wish to give infrastructure serious consideration.

Andrew Slater is a Fellow of the Institute and Faculty of Actuaries, and is a CFA Charterholder. He is an actuarial and investment expert with 25 years’ experience. In 2016 Andrew was elected a member of Council of the IFoA, the top governing body of the profession, and is a member of several actuarial societies in Africa. Andrew is alumnus of Cambridge University with a first-class undergraduate MA in mathematics and postgraduate MMath in theoretical physics, and an alumnus of London Business School.
He can be reached through aslater@uk.riscura.com

© 2021 The Actuarial Society of Kenya. Created by Kindertec Ltd